Column: Why CFP expansion can’t work around the Rose Bowl

2022 Wilbur Cross recipient and music theorist Dr. Philip Ewell sat down with the News to discuss his groundbreaking career from Yale, white supremacy and Phish.

His father, a black intellectual who attended Morehouse University with Martin Luther King, Jr., in 1948, was “committed to excellence” for him and his children. In the mid-twentieth century, Ewell explained on Zoom, the conceptions of excellence that surrounded it were deeply tied to ideals of whiteness and masculinity.

You weren’t supposed to admit such a notion out loud; instead, it was safer to point out “that Mozart and Beethoven were simply the best composers on the planet,” Ewell said. He doesn’t believe his father ever made these connections blatantly; they had become entrenched in his notions of what classical music should be.

“That this is the best music on the planet is nonsense!” Ewell exclaimed, becoming more animated as he began to explain the basics of his own scholarship. “It’s not bad, it’s decent…but there’s a mythology, a fallacy around their indomitability.”

Ewell received the Wilbur Cross Award for “making the whiteness of music theory a topic of conversation” as part of a growing effort “to remake a conservative field into one that welcomes those who are traditionally excluded”, said said GSAA President Dr. Jia Chen GRD ’00. the news.

In his best-known work to date, “Music Theory’s Racial Frame,” Ewell argued for the existence of a structural and institutional white racial frame to music theory practice as a whole, and advanced the possibility of reframe the practice in a non-supremacist way.

If anyone’s up to it, it’s him – with his singsong, articulate voice and flowing gestures, it’s clear the musicality that surrounds Ewell has permeated his personal mechanics. He has a calm, imposing presence, which makes the interlocutor sit down, be quiet and listen. He never stutters and he never rushes. When the Zoom timer ran out, cutting off the scheduled call, he simply called back and picked up his sentence where it left off.

“Philip Ewell is one of the most important music theorists of his generation,” GSAS dean Lynn Cooley told The News. “A disciplinary leader in the academic realm, he also became a public intellectual whose critiques sparked conversations throughout the international community of performers and consumers of Western classical music.”

Ewell almost took a completely different path. He took his cello to Stanford as a hobby, and it wasn’t until he took lessons there that he decided he liked it enough to declare music as his specialty.

Ewell’s father believed deeply in the principles of communism and he inspired Ewell to study cello in Russia at the St. Petersburg Conservatory. It was only then that he turned from performing to Yale, where he earned a doctorate in music theory in 2001.

Moving further into academia, Ewell found a hole in his discipline that he wanted to fill.

“It’s still pretty new to think about race in music,” he explained. “If I have any goals, I can’t say they’re grand – to get more people in music to believe some of the claims I’ve made.”

Those in power don’t want to listen: “Getting a tenured professor home, brushing his teeth at night, and getting him to admit he believes in white supremacy and patriarchy” is no mean feat. case, Ewell said.

The mandate, Ewell emphasized, is “the citizenship of music academia.” Full professors do not want their studies and positions to be potentially undermined by a reframing of the discipline.

“They want to believe it’s the KKK and that’s it,” Ewell noted with great sincerity.

He brought up his own black father’s white supremacy as a counter argument; the hierarchies he imposed by definition implied white supremacy, and Ewell witnessed this firsthand.

Ewell called this phenomenon the “concentric circles of white supremacy” – the way it radiates from its knot into the hidden corners and crawl spaces of everyday life, from the crosses burned on lawns to the deification of Bach. by a black man.

“White supremacy is the oldest pyramid scheme in the country,” he said with a laugh. “Everyone is waiting for their bite of apple.”

Ewell, however, sees hope for his discipline to be at the forefront of an ideological shift toward a more inclusive notion of academia and popular culture.

He has spoken to students from dozens of countries about his pioneering work and he “can see hope in them for our musical future”.

“We have lower levels of denial than the country as a whole,” he said.

Asked about his advice for current Yalies, Ewell said: “When you see these injustices – and I know you do – band together, ask yourself what you think you would like to see changed” – and never let those in power obscure the issues.

Undergraduates with a community and a cause have more power than they realize, Ewell argued. He saw it and used it himself.

Ewell’s refusal to apotheosis his fellow man or, frankly, categorize anyone shines through in everything he says. He rejected hierarchies – when asked about his favorite musical artists, he immersed himself in an eloquent lecture about how our brains are socially wired to place those around us in an assigned slice.

“That kind of hierarchy that’s built into this question is the kind of hierarchical thinking that we’ve all learned in music,” he explained, before listing a collection of musicians ranging from jam band Mo to Run DMC via the Estonian composer Arvo. Part.

The other three recipients of the 2022 Wilbur Cross Medal are Kirk Johnson GRD ’89, Virginie Dominguez ’73 GRD ’79 and Sarah Tishkoff GRD ’96, which will premiere next week as the last in the series.

Miranda Wollen covers the Graduate School of Arts and Sciences and the Law School for the News; she also writes very silly plays for the WKND. She is a sophomore at Silliman College double majoring in English and Classics. 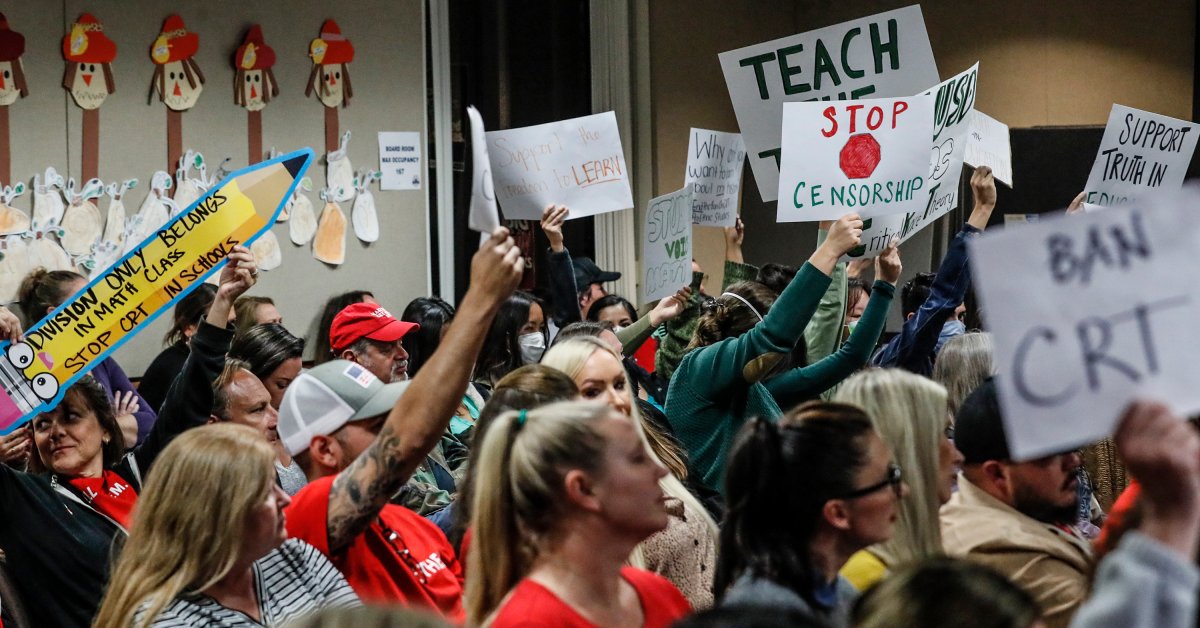 How School Boards Became the Hottest Elections of 2022

On paper, Sarah Stiegler and Katherine Rice have a lot in common. They are both …