(—Seventh part of the series “China during the last decade”)

Since the 18th CPC National Congress, the CPC Central Committee, with Comrade Xi Jinping at its center, has made theoretical and practical innovations in the people’s congress system from the strategic perspective of adhering to and improving the socialist system. with Chinese characteristics and modernize China’s system and capacity for governance, developed General Secretary Xi Jinping’s important thoughts on maintaining and improving the people’s congress system, and guided people’s congresses at various levels to achieve historic achievements in their work.

First, China has taken the application of the Constitution to a new level. In 2018, the NPC (National People’s Congress) of China passed the Fifth Amendment to the Constitution, consolidating the legal basis and gathering a powerful force to realize national rejuvenation.

We created the Constitution and Laws Committee. We have promoted constitutional review in an orderly manner and improved the legislative registration and control system and capacity building. We established a system of oath of allegiance to the Constitution by adopting a related legal document and introduced the National Constitution Day.

We upheld the constitutional order of the Special Administrative Region as prescribed by the Constitution and the Basic Law, enacted the National Security Law in Hong Kong, and passed more than 10 decisions on issues such as improving the electoral system. of the Hong Kong Special Administrative Region. region, thus providing firmer assurance for the robust and sustainable implementation of “one country, two systems”.

Second, China has optimized the socialist legal system with Chinese characteristics. Since the 18th CPC National Congress, faced with heavy legislative tasks, the NPC and its Standing Committee have enacted high-quality laws covering a wide range of areas at a rapid pace. We enacted 69 laws, amended 237 laws, adopted 99 decisions on legal and major issues, and provided nine legal interpretations.

So far, 292 laws are in force. We have formulated and amended more than 20 laws, including the National Security Law and the Foreign Sanctions Control Law, essentially forming a legal system for national security.

We have formulated and amended more than 20 laws, including those on Yangtze River Protection, Black Soil Protection and Forest, forming an eco-environmental legal system beforehand.

We have made about 30 licensing and reform decisions, advancing law-making in a well-designed and democratic manner and in accordance with law, and making better use of the leading role of people’s congresses in legislation.

Third, China has conducted surveillance in a correct, effective and law-based manner. NPC monitoring focuses on the main decisions and plans of the CPC Central Committee and the most pressing difficulties and issues of great concern to the people, and helps resolve major contradictions and issues that hinder economic and social development. . This is a remarkable feature of monitoring.

Over the past decade, with the expansion of its oversight function and improved workflows, people’s assemblies have been able to exercise more effective oversight. The NPC Standing Committee has listened to and deliberated over 150 oversight reports, inspected the implementation of over 50 laws, and conducted 25 inquiries and 45 inquiries on specific topics, effectively facilitating economic and social development and s tackling the main reform tasks. .

Fourth, the role of deputies to people’s assemblies has been better exploited. We have introduced 35 specific measures to strengthen and improve the work related to NPC MPs, improving institutions and working standards and work as a regular practice.

Integral People’s Democracy is socialist, involves all Chinese people, and presents “the whole process” as an advantage. It has comprehensive procedures and practices, ensuring democratic election, consultation, decision-making, management and control of the people according to law. It is a model of socialist democracy that covers all aspects of the democratic process and all sectors of society. It’s a real democracy that works.

Although the system of popular assemblies has incomparable advantages, it always embraces changes. It has been continuously developed and improved in practice, which shows that the system is progressing and progressing over time.

Organizational systems and working mechanisms have been improved to make them more dynamic and better adapted to the characteristics of the organs of state power, which is an essential example of the evolution with the times of the system of assemblies which will make China’s people’s congress system become more mature and well-defined. 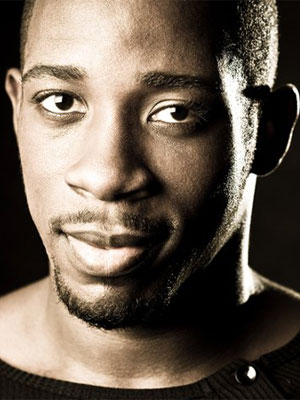